Matt Adams was a concert promoter in New England from 2004 until 208.  In 2004 he founded his own music festival.  He auditioned bands from all over the Northeast and brought the best ones to the Festival in heart of the music scene, Worcester, MA.

After that, he got involved in personal development.  His relationships were suffering and he needed to fix them.  He joined a community of men who were focused on dating.

Nine months went by and not much was happening.  Then, he found a mentor.  He started learning how to meet and date several women at once.  Nine weeks later, he was dating five new women.  Within a month Matt started coaching other men and went on to give presentations.

A couple of months later he enrolled in hair school.  Matt knew absolutely nothing about hair but decided to take on the challenge.  He worked hard and developed a passion for the craft.  In his third month in attendance he earned the school’s highest award.  Nationwide, with thousands of students a year only one or two are given out.  Matt earned the only one  in 2009.   Needless to say he graduated at the top of his class.

Two years after he join’s the men’s community and a year after he started organizing the free events, the leadership reigns were handed over to him.  He still currently holds the position and is moving the group in a new direction.

Today, Matt is starting his internet marketing business and is fully anticipating in succeed at that as well.

You can reach Matt at the following places.  In order to listen to the recording you will need to be a member of this website.  To do that please register over to the right.  Click here for the recording. 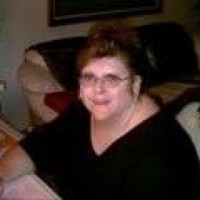